You can watch some of our lectures here.

The Programme is taught by an international team of professors, committed to training future leaders and sharing most advanced tools of academic research.

We strongly believe that diversity is the best way to fight onesidedness. Student and scholar diversity contributes to the broadness and depth of discussions, to the of richness of the environment for teaching and research.

Prof. Robert Legvold is the academic supervisor of our Masters Programme.

In 1986 to 1992 Prof. Legvold worked as Director of The Harriman Institute, Columbia University. Prior to coming to Columbia in 1984, he served for six years as Senior Fellow and Director of the Soviet Studies Project at the Council on Foreign Relations in New York. 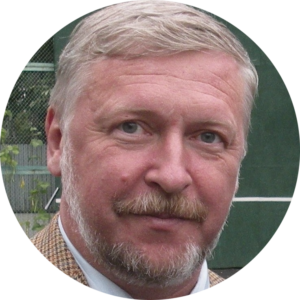 Prof. Alexander Nikitin is a director of the Centre for Political and International Studies. Since 2008 he became an elected Honorable President of the Association.

Among the positions, which Prof. Nikitn held are: Vice-Chairman of the Russian Pugwash Committee of Scientists for International Security and Disarmament;

Since 2004 – the member of the Scientific-Expert Council of the Organization for Collective Security Treaty. Since 2005 – official external expert of the United Nations, nominated by the UN High Commissioner on Human Rights. 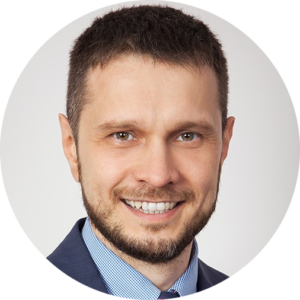 Maxim Vilisov is a Deputy Director at the Department of Public Policy at Lomonosov Moscow State University.

Currently Maxim works as a Director General at the Center for Crisis Society Studies. He also took part in elaborating a policy project in the field of renewable energy.

Maxim is a Director on our MA inPost-Soviet Public Policy, where he teaches courses on Key Dimensions in Public Policy & Political Economy.

In addition to his academic research, Professor Cooley works on several international advisory boards and has testified for the United States Congress and the US-China Economic and Security Review Commission. Cooley’s opinion pieces have appeared in New York Times, Foreign Policy and Foreign Affairs and his research has been supported by fellowships and grants from the Open Society Foundations, Carnegie Corporation, and the German Marshall Fund of the United States, among others.

how external actors have shaped the development and sovereignty of the former Soviet states, with a focus on Central Asia and the Caucasus. 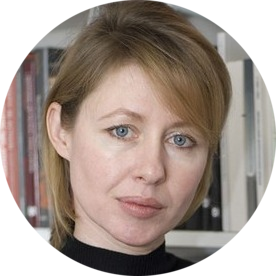 Alena V. Ledeneva is Professor of Politics and Society at the School of Slavonic and East European Studies (SSEES), University College London (UCL).

Ledeneva studied Economics at the Novosibirsk State University (1986) and Social and Political Theory at the University of Cambridge (Newnham College, M.Phil.1992; Ph.D.1996). She was Postdoctoral Research Fellow at New Hall College, Cambridge (1996–1999); Senior Fellow at the Davis Center, Harvard University (2005); Simon Professor at the University of Manchester (2006), Visiting Professor at Sciences Po, Paris (2010) and Visiting Professor at the Institute of Advanced Studies, Paris (2013–2014). She is a member of Valdai Discussion Club. Currently, Ledeneva leads the UCL pillar in the large-scale research – Anticorruption Policies Revisited: Global Trends and European Responses to the Challenge of Corruption (ANTICORRP). 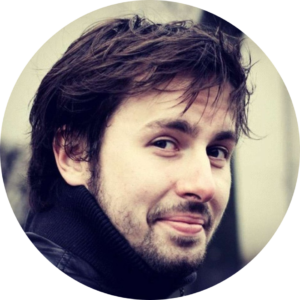 He is a founder and one of the main authors of the New Republic project. Kirill Telin is also a Deputy Director at the Lomonosov MSU Crisis Analysis Laboratory, where he manages applied studies of political behavior and cleavages in the modern Russian society. 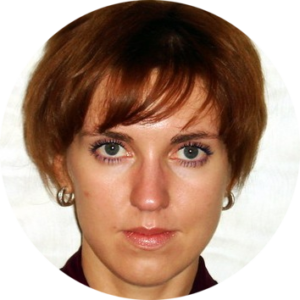 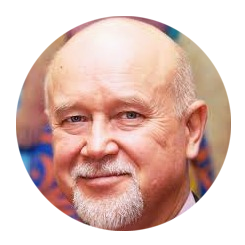 Sergey Kolesnikov is the academician of the Russian Academy of Medical Sciences, who is also widely known as a director of several NGOs.

For more than 20 years Kolesnikov has been a co-president of the international movement “International Physicians for the Prevention of Nuclear War”. Sergey Kolesnikov`s spent years, working in Siberian bodies of Russian Academy of Science, while also managing the activities of Siberian branch of Pugwash Conferences.

He used to be a deputy at the State Duma of the Russian Federation and director of several NGOs.

Recent book: The impact of vibration on the system “mother-foetus”: an experiment. 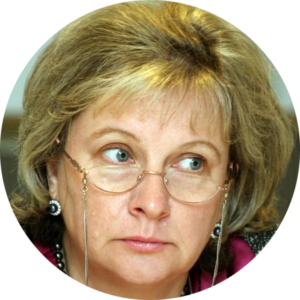 Marianna Abramova is a Deputy Director at the Department of Public Policy at Lomonosov Moscow State University.

She holds a degree in Law from the Financial University under the Government of the Russian Federation and teaches a course on Law & Politics in the former Soviet Union states.

Marianna is also fluent in Spanish and works on political processes in Latin America. 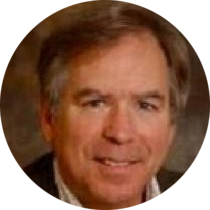 Thomas F. Remington is Goodrich C. White Professor of Political Science at Emory University. He studies the development of political institutions in transitional states. Dr. Remington is author of numerous books and articles on Russian politics, including The Politics of Inequality in Russia (Cambridge, 2011). His current research addresses the formation of social policy in Russia and China. He was chair of the political science department at Emory from 2001-2007. He has been a member of the Boards of Directors of the National Council for Eurasian and East European Research and the American Association for the Advancement of Slavic Studies. 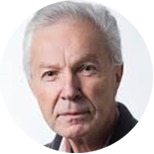 Lodgaard Sverre is also known as a Director of United Nations Institute for Disarmament Research (1992-1996) and a Director of Norwegian Institute of International Affairs (1997-2007).

Recent book: Nuclear Disarmament and Non-Proliferation. Towards a Nuclear-Weapon-Free World? 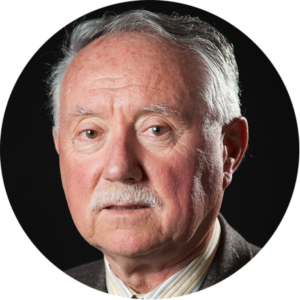 Anton Alex Bebler earned his Ph.D. in Political Science at University of Pennsylvania, Philadelphia, USA in 1971. Since 1972 he has taught at University of Ljubljana, Slovenia and became a full Professor of Political Science and of Defense Sciences, Faculty of Social Sciences, University of Ljubljana. For several years he regularly taught at the Diplomatic Academy in Vienna, also occasionally lectured at various universities and institutes in North America, Europe and Asia and served as member of several national and international advisory boards and panels.

In 1991 -1992 Dr. Bebler chaired the Slovenian Council of the European Movement. Dr. Bebler joined Slovenian Foreign Service in August 1992 and until September 1997 served as Ambassador and Permanent Representative of Slovenia at the UN Office in Geneva. Since 1997 he is President, Euro-Atlantic Council of Slovenia. In 1999 – 2002 he served as President, Slovenian Emigrants` Association and in 1999 – 2002 as Vice-Chairman of the Atlantic Treaty Association (ATA). Since July 2006 he is a member of the Executive Committee, International Political Science Association (IPSA). 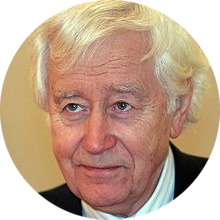 Distinguished Associate Fellow with the SIPRI Disarmament, Arms Control and Non-Proliferation Programme. Ekéus has been the Chairman of the SIPRI Governing Board from 2002–2010. He is a Swedish diplomat. From 1978 to 1983, he was a representative to the Conference on Disarmament in Geneva, and he has worked on various other disarmament committees and commissions. Between 1991 and 1997 he was Director of the United Nations Special Commission on Iraq, the United Nations disarmament observers in Iraq after the Gulf War. 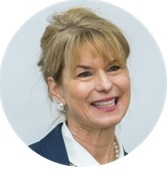 Julie Newton is the Principal Investigator of the University Consortium. She is a Visiting Fellow of the Russian and Eurasian Studies Centre at St Antony’s College, University of Oxford, an Associate Professor of the Department of International and Comparative Politics at the American University of Paris (AUP) and a Visiting Professor at Colorado College. Her research focuses on Russian-European relations, and she divides her time between Oxford, Paris and Colorado, teaching Russian politics at all three institutions. She holds a DPhil from Oxford, a Master’s from Columbia (Harriman Institute) and a BA from Princeton. Major publications include Russia, France and the Idea of Europe (Palgrave Macmillan, 2003); Institutions, Ideas and Leadership in Russian Politics (Palgrave Macmillan, 2010), co-edited with William Tompson; and ‘Gorbachev, Mitterrand, and the Emergence of the Post-Cold War Order in Europe’, Europe-Asia Studies, Vol. 65 (2013). 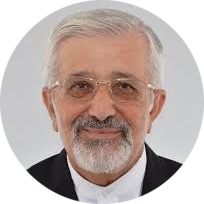 Former Iran’s ambassador to the International Atomic Energy Agency in Vienna. Soltanieh is a nuclear physicist by training and worked as associate professor at faculties of science and international relations in various universities between 1988 and 1997. He taught courses in nuclear physics.

For the three years immediately prior to taking up his position as the Iran’s envoy to the International Atomic Energy Agency in Vienna, Soltanieh was the head of Iran’s National Escort Team for IAEA Inspections; a member of delegation to the IAEA board of governors and general conference; and a member of the negotiating team, Iran-EU3/EU negotiation on nuclear energy. 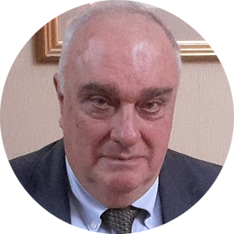 Secretary General of Pugwash Conferences on Science and World Affairs since August 2002. Professor of Mathematical Physics at the University of Milan (Italy) and Senior Researcher at the Italian National Institute of Nuclear Physics. Cotta-Ramusino is an adjunct Professor, Centre of International Politics, Organization and Disarmament, School of International Studies, Jawaharlal Nehru University, New Delhi and an Associate with the Project on Managing the Atom, Belfer Center for Science and International Affairs, John F. Kennedy School of Government, Harvard University. He is a member of the International Institute for Strategic Studies, and the World Academy of Art and Sciences. 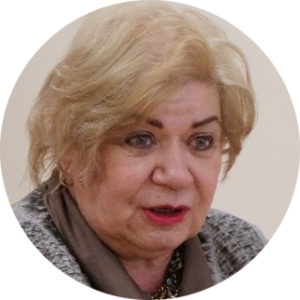 Ph.D. in Philosophy and History, Honored Scientist of Russian Federation, professor.Head of the «Political Theory» Department of MGIMO. 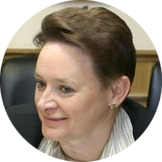 Chair of the World Politics Department at MGIMO.

The Programme is operated by The School of Governance and Politics MGIMO  and the State Policy Department of Political Science Faculty of Lomonosov Moscow State University. 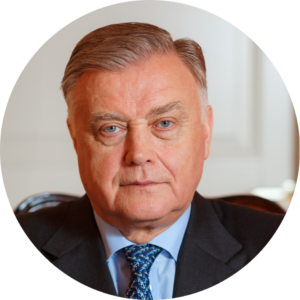 Academic Supervisor and Chairman of the Supervisory Board for the Russian Academy of Sciences’ the Problem Analysis and Public Administration. Head of the State Policy Department at Moscow State University’s (MSU) Faculty of Political Science. Visiting professor at the Peking University. 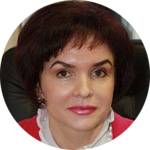