First year of studies is held by MSU, the second one – by MGIMO.

The issues of public policy-making are of vital importance. The complexity of ongoing political processes, permanently changing sociopolitical environment and politicization of public issues – all these calls for political experts who are able to face current and new challenges.

Situated in the capital of Russia, Moscow State University (MSU) is to be a powerful platform for public policy research on the Post-Soviet Space. Studying such a specific discipline, MSU students will have a unique opportunity not only to engage in discussions with high profile representatives of think tanks and universities but also to go for internships in one of the Post-Soviet countries.

The programme aims are:

We train the new generation of political analysis and public policy experts who will face new challenges in the process of public policy design, implementation and crisis decision-making.

The programme aims to educate young political scientists and future policy-makers with deep knowledge in the field of Post-Soviet policy-making process and comparative politics.

Upon graduation our alumni will be able to

7 reasons to choose our program:

The current political crisis in the relationship of Russia with some Western countries highlights the high demand of the experts in the Russian and Post-Soviet Public Policy.

The Programme aims to prepare the practitioners who are able to understand and explain the modern political processes in Russia, Post-Soviet Space and Eurasia.

The Programme prepares the professionals who will be able to analyze the root causes of the issues, estimate various scenarios of events, develop & implement the recommendations.

Besides MSU and MGIMO professors, we have many Visiting Professors from the leading Universities of USA, Canada, Norway, Italy, Switzerland and China.

Diversity contributes to the broadness and depth of discussions, to the of richness of the environment for teaching and research.

Opportunity of auditing any classes for free

MSU offers its students the opportunity of free auditing of any classes at the University! In your free time you can attend any lecture at any department!

This gives you an excellent opportunity not only to pursue your personal unique interests but also an opportunity to conduct really deep interdisciplinary research.

Ever wanted to make research of Public Health Policy? Come to talk to the Department of Fundamental Medicine!

Have been always interested in the behavioral aspects of Public Policy? Come for ideas and any assistance to the Department of Psychology!

MSU campus has more than 600 buildings and facilities, including The Main Building of Moscow State which is the highest out of seven famous Stalinist skyscrapers of Moscow.

The MSU campus has all the necessary services and infrastructure to support the students’ comfortable lifestyle for living and studies. The campus has the students’ theater studio, the group of modern dances, pop vocal studio, the studio of artistic expression, to name a few. The speed dating parties among MSU students are also held here on a regular basis!

MGIMO Vernadsky campus fits all your needs. MGIMO has four buildings for student accommodation. Foreign students tend to live in the “Vernadsky” residence hall №2 which is located on campus, a three-minute walk from the entrance of the University.

While many students are stressed during their studies, the Department of Political Science is known for its friendly and cooperative learning environment.

This is the place where every student can find new friends, ask for help and support during the sessions.

Apart from the Student Council, famous for organizing regular student parties, any student at our department can turn for help to numerous assistants, tutors and counsellors!

In line with modern traditions, every student after receiving one’s diploma, can take a selfie on the steps of the Main Building with the MSU Rector V. A. Sadovnichii.

The MGIMO Cultural Center hosts entertainment and creative activities for students and graduates in the University’s 800+ seat conference hall, including balls, discos, New Year parties, alumni meetings and a range of other events. In addition to the vocal, theatrical and dance groups, there is a fine arts studio and film society, as well as many other projects in which MGIMO students are actively involved.

Studying at MSU or MGIMO has never been easy, but eventually it’s worth it! After the graduation, our alumni are invited to work by the most prestigious state bodies and private organizations as well as by IOs and NGOs.

Networking with the MSU and MGIMO alumni associations around the world

After graduating  you can become a member of the largest and very prestigious alumni networks.

Apart from Russia, MSU and MGIMO alumni live and work almost in any country of the world!

Among MSU and MGIMO alumni there are Nobel Prize laureates, many famous politicians and country leaders.

Enroll into our Program and you’ll have a chance to become one of our famous alumni too! 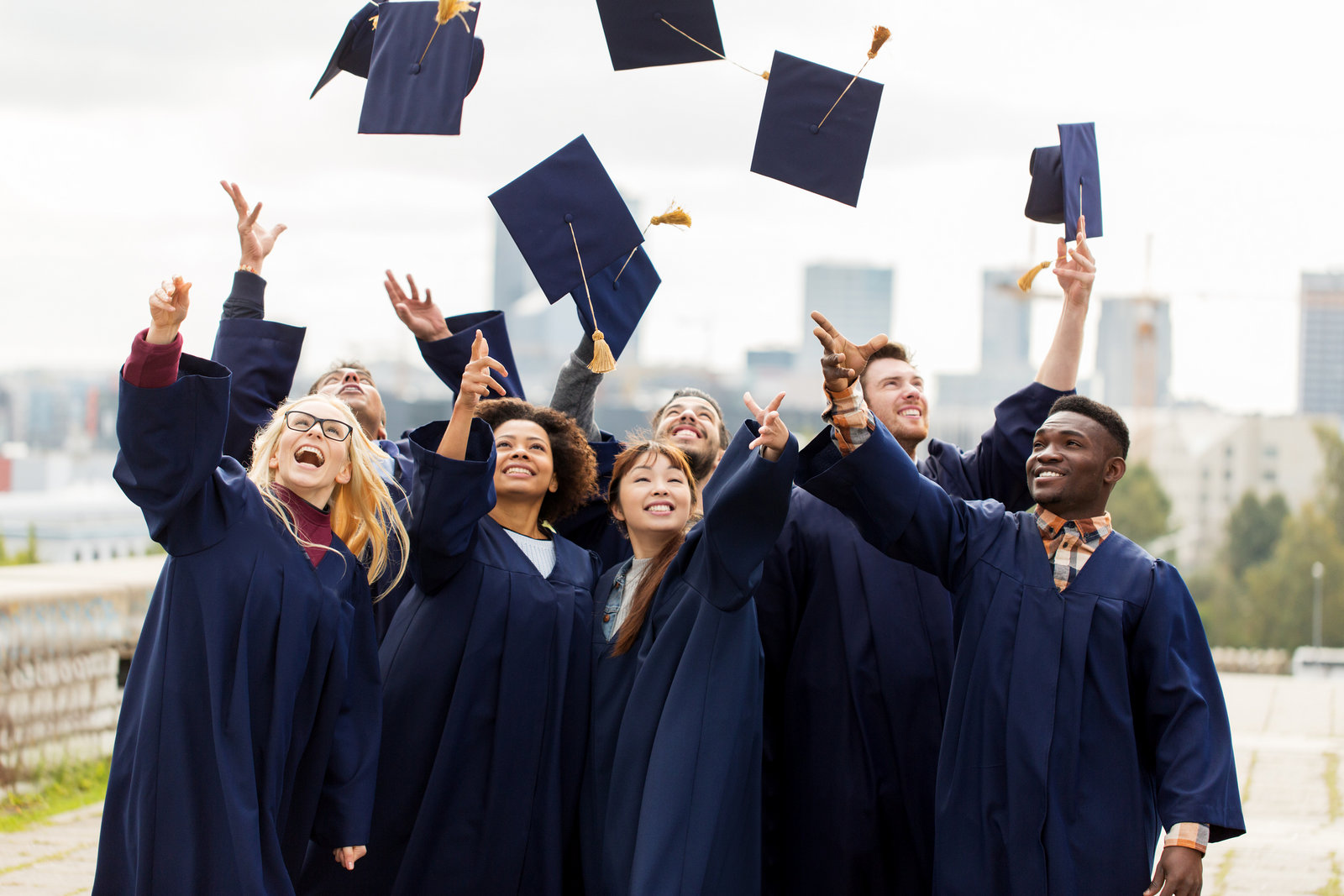 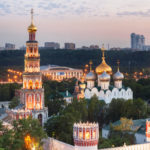 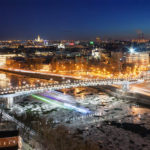 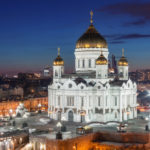 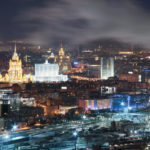 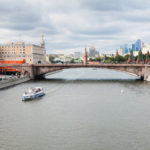 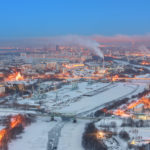 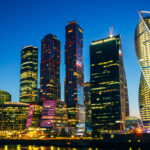 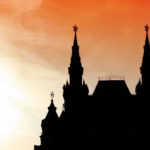 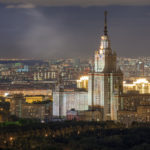 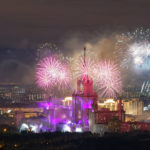 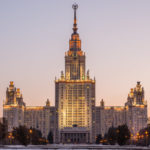 Moscow State University is a major traditional educational institution in Russia, it offers training in almost all branches of modern science and humanities. Its undergraduates may choose one of 128 qualifications in its 39 faculties, while post-graduate students may specialize in 18 branches of science and humanities and in 168 different areas. The total number of MSU students exceeds 40 000; besides, about 10 000 high school students attend various clubs and courses at MSU. Various kinds of academic courses and research work are conducted at MSU Museums, affiliated subdivisions in various locations in Russia, on board scientific ships etc.

MSU is a center of research science famous for its major scientific schools. There have been 11 Nobel Prize winners among its professors and alumni, out of 18 Russians who have received the prestigious prize so far. Many more MSU scientists have been awarded various Soviet and Russian prizes for their achievements, among them 60 Lenin Prizes and 120 State Prizes, over 40 MSU scientists having received the State Prizes over the last decade.

Among those who teach and do research at MSU there are 2 500 higher doctoral degree holders and almost 6 000 holders of candidate degrees, the total number of professors and instructors being about 5 000; there are over 300 full members and correspondent members of the Russian Academy of Sciences and other academies. About 4 500 scientists and scholars are currently involved in 350 research projects in various fields.

Besides its 39 faculties, Moscow University comprises 15 research institutes, 4 museums, 6 local branches in Russia and abroad, about 380 departments, the Science Park, the Botanical Gardens, The Library, the University Publishing House and a printing shop, a recreational center and a boarding school for talented children.

A number of new faculties, departments and research laboratories have been recently established, new academic programs are being continuously introduced together with new curricula; there are over 140 distance learning programs. Research has recently started in 30 new interdisciplinary areas.

The University’s scientific potential creates a unique opportunity for interdisciplinary research and pioneering work in various branches of science. The recent years have been marked by achievements in the fields of high-energy physics, superconductivity, laser technology, mathematics and mechanics, renewable energy sources, biochemistry and biotechnology. New problems to be studied by scholars often reveal themselves while they are working on various aspects of sociology, economics, history, psychology, philosophy and the history of culture. On average 800 doctoral and 200 higher doctoral degrees in various fields of science and humanities are awarded at MSU every year.

The 1st Humanities Building on the new campus Moscow University is a major innovative center. The first Russian Science Park appeared at MSU; in the last three years about 70 small companies have been founded within the Park, they specialize in chemistry and innovative materials, biotechnology, pharmaceutics, ecology and environmental management, production of scientific equipment and instruments. The Park unites about 2 000 scientists who work to make scientific achievements into technological innovations, cooperating with business companies in the development of innovative technologies. It is in the Scientific Park that the links with leading Russian companies and potential employers of University graduates are established. Another area where links between academics and business have been successfully developing is corporation universities within Moscow University that are a model of innovative approach to tuition. Accomplished in 2006–2007 within the framework of the National Educational Project, the practical implementation of the approach resulted in 67 innovative Master’s Degree programs.

MGIMO was founded on 14th of October 1944 by a special decree of the Soviet Government on the basis of the recently established School of International Relations of the Lomonosov Moscow State University. The new university, initially headed by Ivan Udaltsov, a famous Soviet economist and former Moscow State University Rector, represented an exceptional type of higher school from its very outset. Despite its proximity to political elites, MGIMO always maintained the spirit of intellectual freedom encouraging independent thinking in its students.

MGIMO is renowned as one of the leading Russian universities for international, political, legal and economic studies. MGIMO today is a full-fledge university offering both graduate and undergraduate degree programs, as well as PhD, MBA, EMBA courses and pre-university tutorial. The range of academic disciplines constantly expands as new departments and programs are launched every year.

The University structure comprises two campuses, ten schools and three institutes. Over its 75-year history, MGIMO has evolved from a purely “diplomatic school” to a university that breeds innovative leaders with a global perspective. MGIMO is known by its teamwork, analytical thinking, critical reasoning and strategic planning.

MGIMO consistently ranks high in university ratings. “Global Go To Think Tank Index Report 2017” report issued by the University of Pennsylvania represented MGIMO among worldwide research leaders, e.g. №32 in Think Tanks with the Most Significant Impact on Public Policy and №12 in Top Think Tanks in Central and Eastern Europe. Under the auspices of the Ministry of Foreign Affairs, MGIMO is an esteemed policy think-tank and forum for debate and analysis of international developments and current aff airs, with its contribution to global analysis highly sought after.

MGIMO offers its students the broadest opportunities for creative self-accomplishment. Various student organizations fill the calendar with cultural, social and sport events. Of course, MGIMO is in Moscow, one of the world’s great cities, with an array of cultural and historical treasures, vibrant dazzling lifestyle events. It off ers easy access to the diversity and energy of contemporary Russia, and its epic heritage. MGIMO is a wonderful life experience for international students.