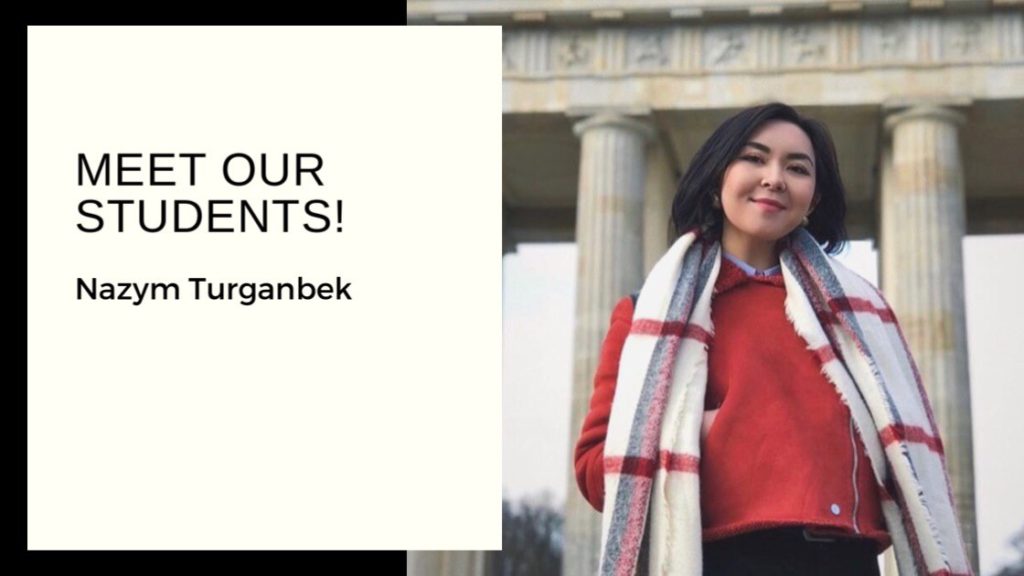 Nazym Turganbek (Kazakhstan) is a first year student at the Joint MGU & MGIMO MA in Post-Soviet Public Policy. She is one of the brightest students on our program, who received a Polit IQ scholarship to study at MGU & MGIMO. She has a great academic and practical experience, and contributes to the fruitful discussions during the seminars. Today Nazym agreed to share her feedback about the program, life in Moscow and the differences between Russia and Kazakhstan.

Honestly, the main reason that influenced my decision to study here was this MA program. MSU and MGIMO are represented in all well-known University rankings and considered to be one of the best universities in the world. Moreover, Moscow as one of the world centers, provides great opportunities to improve yourself in a chosen sphere. For instance, here political science students can take part in different kinds of international conferences, where they have an opportunity to meet high-qualified experts from all over the World.

Actually, no. Some factors influenced this. For instance, Kazakhstan was one of the members of the USSR, that is why we have many Russian-speaking people in the country and similar mentality. Moreover, even after the collapse of the Soviet Union and until now, Russia and Kazakhstan are working on strengthnening relations between each other in many different spheres. All these points largely influence on building positive perception of Russia and Russians in Kazakhstan. I was sure that it works in Russia as well and fortunately, I was not mistaken.

It is an interesting question. To be honest, I cannot say that I faced here, in Moscow, some unusual things. If you are talking about mentality we should remember that we have a lot of things in common because of the Soviet heritage and cotemporary time, that is why some things that might be “unusual” for someone from Western countries is very understandable and usual for me. 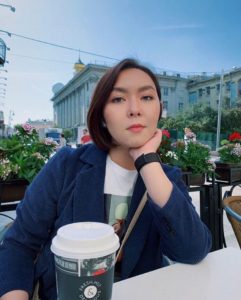 In my view, future students should firstly think about the University where they want to study, not just about a country. The key of one`s future success is knowledge. However, sometimes it is possible to find your dream University in a country that you like. Due to the fact that some of the top Universities of the World are situated in this country, Russia might be the best option for many students.

Definitely, Moscow is one of the biggest international cities in the World. Interestingly, it is not only due to the big number of tourists or international students, but also because of the fact that Russia as a country is multinational.

As I mentioned before Lomonosov Moscow State University considered to be one of the best Universities in the world. This University provides amazing opportunities not only in academic sphere, but also gives a chance to enhance communicational skills by meeting with educated people from all over the World.

For instance, recently we had a course with Prof. Julie Newton (Oxford University). It was a very intensive course. During the week, prof. Newton initiated great discussions about the EU and EEU, the differences and similarities between those two types of unions. The one may probably think that those topics are extremely broad and cannot be covered during one week. However, prof. Newton and her pedagogical approach proved the opposite. When it comes to particularly tricky concepts, prof. Newton explains them using great examples, hence, facilitating the very process of learning.

I am happy that we have professionals like Prof. Julie Newton, working on our program. Experience and knowledge that we get from classes with them are extremely valuable.