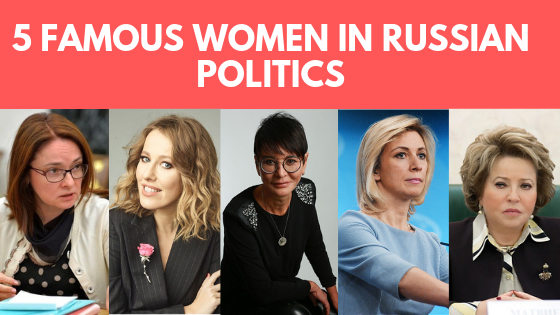 Are you ready for the new #gameofthrones season??
One of the greatest lines in the series is the profile of female leaders, what stimulates us to think about the female leadership in politics.

Modern Russia is an interesting case to study the position of women in politics. Here are 5 famous women in modern Russian politics:

Elvira Nabiullina is the Head of the Central Bank of Russia, who btw graduated from Lomonsov Moscow State University?
In May 2014 she was named one of the world’s most powerful women by Forbes, which noted that she “has been given the difficult task of managing the ruble exchange rate during Ukraine’s political crisis and facilitating growth for an economy trying to avoid a recession”.

Ksenia Sobchak is a famous Russian journalist and a politician. She is also widely known for hosting several TV shows in Russia.

Another strong woman in politics, who ran for president in 2014 (and another alumni of Lomonosov MSU)?

Irina Khakamada was an elected Duma representative from 1993 to 2003. She is commonly regarded as a democratic politician.

By now Irina Khamada is widely known and respected largely due to the ideas, which she spreads during her public speeches, lectures and etc.

Valentina Matviyenko is a Russian politician serving as the Senator from Saint Petersburg and Chairwoman of the Federation Council since 2011.

We are eager to learn about women in political processes of your countries, so you are very welcome to share your insights in comments!