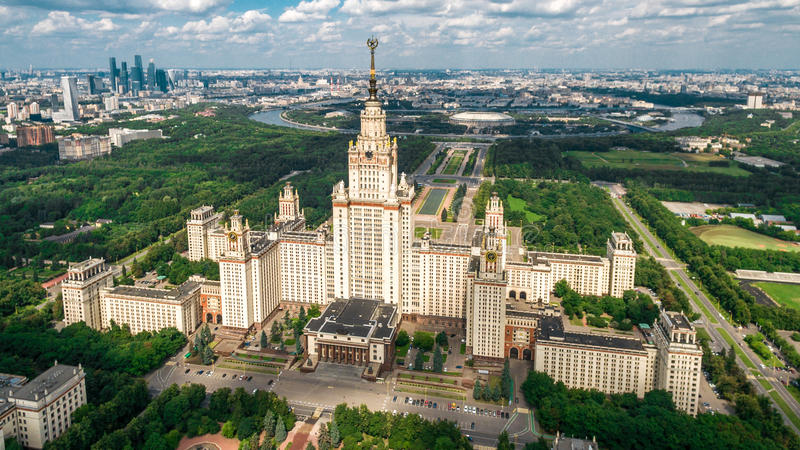 Are you going to apply for a master’s program? Looking for an opportunity to conduct your own research on post-Soviet countries? Then be sure to read this post!

Let us tell you why should you choose our program. We invite you to become an expert in the most important aspects of political and socio-cultural processes in Eurasia.

Just imagine: you could attend lectures and seminars at the best university in the country, the main building of which is one of the seven famous Stalin skyscrapers. The atmosphere inside the main building of the Moscow State University inspires and fills you with positive emotions. It is also a good chance to get to know other students at various events or on the activities. In addition, here you could find everything you need – from a flower shop to a barbershop.

Did you know that …

…the main building of the Moscow State University was built in the middle of the 20th century and almost 40 years was considered the tallest building, until in the 90’s it was overtaken by the Fair Tower in Frankfurt am Main. From the base up to the spire the height of the main building is 240 meters!

…the main building of Moscow State University has the biggest clock in Moscow: the diameter of their dial is 9 meters!

…the idea of the designers of the main task assumed that, all the necessary infrastructure is in here: a dorm, libraries, canteens and cafes, grocery stores, stationery, swimming pool, post office, ticket office and so on.

…the study at the Faculty of Political Science takes place  in the Shuvalov building opposite the main building, but from the sixth-floor windows there is a panoramic view of the Stalin high-rise building, not to talk about only 5 minutes walk to it.

…five-pointed star and ears on the spire, crowning the skyscraper, were made of yellow glass and aluminum in the workshop of Vera Mukhina.

MSU gives students the opportunity to attend absolutely any lectures and classes of various faculties in their spare time. If you, for example, get a task related to health policy, you can come to the Faculty of Foundamental Medicine and consult the best professors. Are you interested in the behavioural grounds of public policy and are going to devote your master’s thesis to this topic? Then all roads lead to the faculty of psychology.

Such an approach to the studying process not only provides a diversified development, but also the originality of the conducted research, corresponding to the highest standards.

If you are not sure yet what to research, pay attention to the actual world problems. Politics is a part of the life of modern society, therefore applied knowledge in a given field of political science will help you to better understand what is now in demand in the labor market.

What are the issues of modern political science? Here are just some of them:

We understand the importance of the financial issue. The cost of studying in the English-language master’s program in the field of post-Soviet politics at Moscow State University is 350,000 rubles a year, which is comparatively lower than in western universities. The program involves contests, participating in which, you can win a grant.

…the cost of studying for a Master’s Program in Political Science in one of the best universities in the UK, for example, at the London School of Economics and Political Science or at King’s College London in London, starts at £ 20,000 per year, which equals 1,672,790 rubles.

For our program, we invited leading experts from around the world. Let’s get to know them better.

Robert Legvold is an American political scientist and writer, an expert on international relations in the post-Soviet space;

Lodgaard Sverre is a Norwegian political scientist, specialist in the field of peace, international politics and security policy, he also studies the actual problems of developing countries;

Bruce Blair is a nuclear security expert and a research scholar at the Program on Science and Global Security at Princeton University’s Woodrow Wilson School of Public and International Affairs;

Taking into account the relevance of the object of study, the scientists gladly agreed to supervise and advise future masters and introduce them to different scientific approaches to solving modern problems in the post-Soviet space.

The faculty of political science is popular not only because of  the most important issues being considered within its walls, but also thanks to the comfortable and friendly atmosphere, the openness and professionalism of curators and supervisors.

You can always come to the student office of the faculty and consult on the following issues:

In your spare time, you can attend many additional courses, colloquiums and events, for example, take part in debates on political and social topics, try yourself as a delegate to the UN model at the Moscow State University, or watch a movie in a cinema club, followed by a discussion. In addition, the MSU alumni community is known for its strong connections.

Student Union and Student Council are organizations that will make your student life bright and exciting! On the page of the student portal  VKontakte (https://vk.com/club_polit_united) you can find out information about the following organizations and events:

It’s tough to study at Moscow State University, but it’s worth it. Our graduates work in leading think tanks, public entities and NGOs. Many of them start their own business or continue the academic path, addressing various international conferences and teaching around the world.

According to the study of the employability in Russia, referred to by the “Russian Newspaper”, MSU topped the list. In addition, MSU is ranked in the Top 100 universities of the world QS and takes 90th place.

The Russian economist, politician and writer Yegor Gaidar, the president of the USSR Mikhail Gorbachev, the chairman of the Central Bank Elvira Nabiullina, the press secretary of Vladimir Putin Dmitry Peskov and many other political figures – former students of the Moscow State University.

This only proves that once you are at Moscow State University, you will start your journey into a successful future.

We hope to see you at the Faculty of Political Science at Lomonosov Moscow State University in September 2018!

If you have any questions, feel free to contact the PolitIQ team. You can find our contacts here: