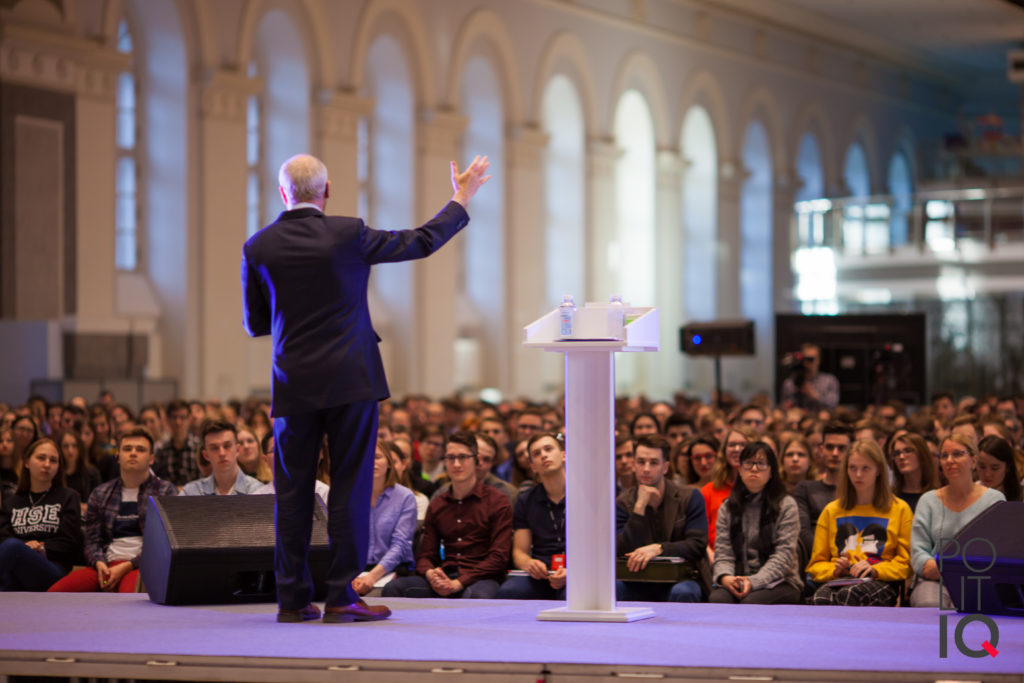 Professor Sandel is the world-famous philosopher from Harvard University! His course “Justice” has gained millions of views, his lectures gather thousands of people worldwide.

On Friday, PolitIQ organized the first lecture by Prof. Sandel in Russia. The topic of the Moscow lecture is “What Money Can`t Buy: The Moral Limits of Markets”. The Russian auditory discussed different aspects of financial stimulations in politics and business, argued about the moral side of demographic supporting programmes and had fruitful debates about the moral aspects of economics. 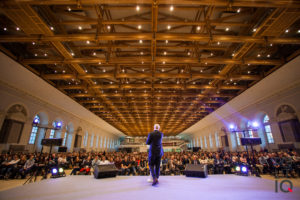 Alexey Uvarov, a Lomonosov MSU student says about the event:

“We got used to the fact that the rules are brought to us from above – the norms of morality, ethics, and law. We are used to taking them on faith, without much thinking – or not to take and rebel against them – just not knowing the essence.

But at Professor Sandel’s lecture, there was no place for persuasion and planting, no dogmas and infallible truths, but there was – and that was the main thing – a conversation. A conversation between us, Russians and Professor – even though there were 1500 of us and he was the only one, this discussion was frank and trustful.

And it turned out that neither distance, nor language, nor the different culture couldn’t hinder us to reflect, think, argue, discuss and choose. The main thing that this meeting taught us – a balanced, intelligent and truly important conversation, a conversation not about politics, not about terrorist attacks and wars, but about what holds our families and our friends, what unites friends and reconciles enemies – about trust, about good and about love. All that, as M. Sandel rightly pointed out, cannot be bought for any money.”

PolitIQ thanks Prof. Sandel for coming to Russia! We are also greatly grateful to all the participants of the event!